Try the newest BC® Powder: New BC® Max Strength! 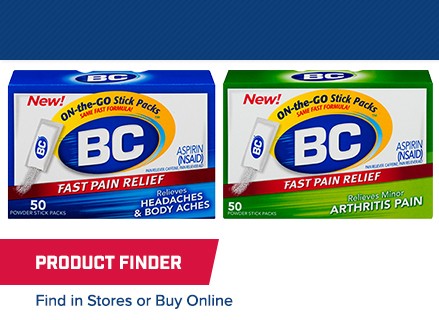 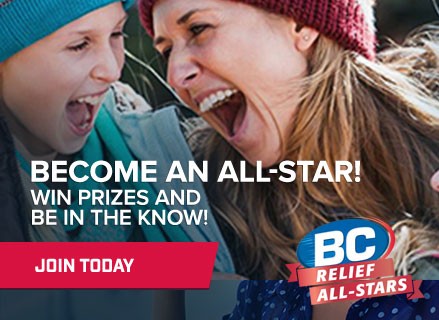 Arthritis Meds: The Difference Between Prescription and Over the Counter 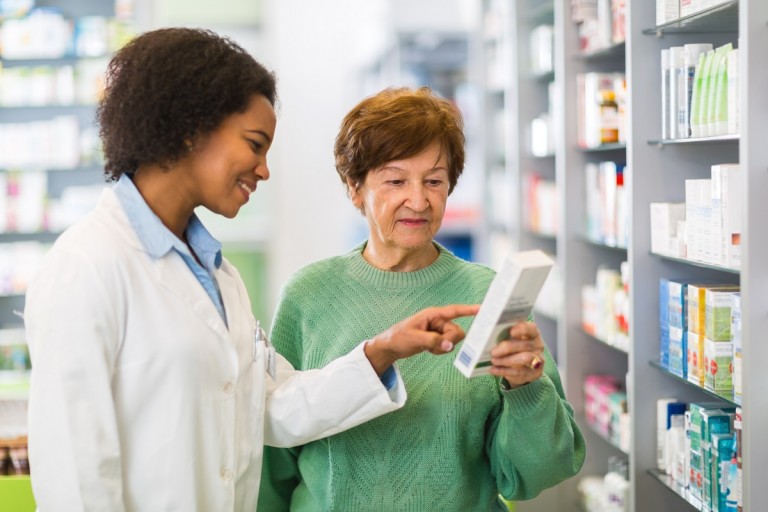 There are many arthritis medications on the market today—available “over the counter” in local drug stores, supermarkets and “big box” stores, and available by prescription. You and your doctor will decide which one is right for you, but we thought we would explain some of the different types of arthritis medicine to help you get started or to understand what a family member or other loved one may be taking.

Before we explain some different types of arthritis medications, we want to note that all of these drugs may cause certain side effects ranging from minor to serious. Be sure to discuss possible side effects with your doctor before choosing a medication.

NSAIDs are non-steroidal anti-inflammatory drugs that relieve both pain and inflammation, which makes them especially useful for arthritis. The main ingredient in over-the-counter NSAIDs may be aspirin, ibuprofen or naproxen. For example, BC® Arthritis is considered an NSAID because it contains aspirin. Most people are familiar with NSAIDs in pill form; however, there are also NSAID creams and gels available, which can be rubbed on sore and swollen joints such as knees and wrists.

Corticosteroids reduce inflammation but they also suppress your immune system, so they’re not for everyone. An overactive immune system may be the cause of some inflammation so, in that respect, steroids can work well. However, if a person already has a compromised immune system, corticosteroids may not be the right course of action. They’re often used for quick, short-term relief by injecting cortisone directly into a painful joint or taking prednisone in pill form.

DMARDS are disease-modifying antirheumatic drugs. This type of arthritis medicine helps relieve pain by slowing or stopping your immune system from attacking your joints. DMARDs also help prevent or slow damage to joints from chronic autoimmune conditions like rheumatoid arthritis. Drugs in this category include methotrexate and hydroxychloroquine, and are often used in combination with other drugs to treat and help control inflammatory arthritis.

Biologic drugs are drugs that are produced from or contain elements from a living organism. They are called “biologic response modifiers” because they target certain protein molecules involved in the body’s immune response to change the way your body’s cells act. Some target specific enzymes and other substances that affect inflammation. There are many different types of biologics and most designed to treat arthritis are given via injection or infusion.

BC® Arthritis, which falls in the NSAID category, temporarily relieves minor arthritis pain. It contains a higher dose of aspirin than what is in our BC® Original formula to help stop minor arthritis pain fast. It comes in convenient, on-the-go, sealed stick packs that can go wherever you go. This way, no matter whether you planned to be gone all day or just got caught away from home longer than expected, you will be prepared if your arthritis suddenly flares up and you need some fast pain relief.

If you are taking other arthritis medications, talk to your doctor to make sure it’s okay to add aspirin to the mix when needed.